Meet the Finalists for our 2020 North East Entrepreneurial Awards

For the first time, the North East Entrepreneurial Awards were delivered online!

Listed below you'll find our finalists and winners for our Emerging Talent, Scale-up Award and Entrepreneur of the Year categories. 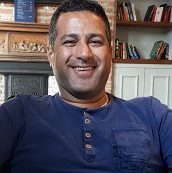 In 2017, Rez Gachcar spotted a gap in the market for a portable, gentle and silent pet washer, a product he desperately needed after walking his mud-loving rescue dog. When the banks declined his loan application, Rez – who moved to Newcastle from Iran almost 20 years ago - sold his home to create Mud Daddy, a portable pressure washer loved by pet owners across the UK. Since then, the company has dominated the UK petcare market, having finished its third year in business with £10m revenue. Driving its success is Rez, his wife and 11 other female employees, all of which are parents and/or pet owners. The company has grown organically thanks to its strong focus on customer satisfaction and product development and shows no signs of slowing down, with the launch of ‘Mud Mummy’ and expansion into America coming later this year. 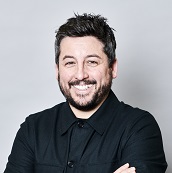 Coleman James was founded by managing director Andrew Mackay in 2016. A professional recruiter with nearly two decades of experience, Andrew’s vision is to raise the bar within the recruitment sector, specifically in the built environment and rail industries.

A passionate and focused MD with the ambition of becoming the market leader, the award-winning Coleman James brand has personal meaning for Andrew. The company takes its name from Andrew’s late grandma, Audrey Coleman; a woman who held integrity, honesty and relationships in high regard, a set of values shared by her grandson and all who work at the family-orientated company. James is Andrew’s middle name.

Today Coleman James boasts a national client base, working in partnership with many high-growth companies in the built environment and rail sectors, and plans to open a second office. It delivered a multi-million turnover in 2020, which is forecast to double in 2021. 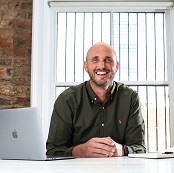 After years of caddying on the European Tour, Douglas Dinwiddie took a sabbatical to go and try out the digital marketing world, quickly realising he could do it for himself, he launched White Digital. He spent the early days walking around local high streets writing down shop names to later Google, seeing if they had an online presence, if they didn’t, he went back and sold them a website. Fast forward to 2021 and White Digital has now grown to a team of 10 - plus some trusted freelancers, moved into their second office in Darlington’s town centre and looks after the online presence for clients all over the UK. 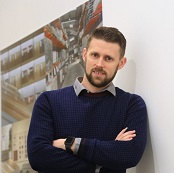 Dan Foskett founded Connection Retail in 2012 and, along with his team, has built it into a National Flooring Retailer with over 27 stores throughout the UK.

To meet increasing demand, the company has invested in its own in-house delivery network, with 10 delivery depots across the UK and a fleet of over 85 vehicles. The company has ambitious plans to launch 24 additional stores in 2021 and is quickly establishing itself as a major employer in the North East, employing over 280 members of staff. 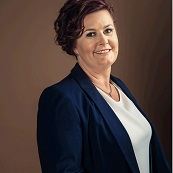 In 1998, Vikki Jackson-Smith established J&B Recycling to diversify from the parent company’s solid fuel business into the growing recycling and waste management industry. The move safeguarded 20 jobs and over the years the business has grown to employ over 200 local people, achieving a market leading run rate of 20%+ EBITDA, up to 12% higher than the industry average. A £7.5m investment from the BGF in 2014 allowed the company to make nine major upgrades, taking J&B from a basic low-tech operation to an industry leading, high tech, high profit operation, with processing increasing by 115% in the last four years and plans for continual growth despite Covid. 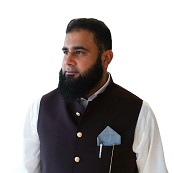 Zaffar founded Bentincks in the west end of Newcastle after making sofas in his father's small upholstery workshop. Within a few years, to meet increased customer demand, the company opened stores in Sunderland and North Shields, and in 2013, following the decision to begin mass sofa production, opened their first fully functional mass manufacturing facility in Gateshead.

The business has experienced phenomenal growth since its founding. Initially producing 200 pieces of upholstery per week, the company now produces over 2,000, which will increase to 3,000 by early 2022.

With The Sofa Factory as one of their major customers, and an ambition to become one of the largest manufacturer and supplier of sofas in the country, plans are now in place to start exporting to the USA, led by a team of business and product development experts, a skilled technical team and Zaffar and his brothers.

Mentor of the Year 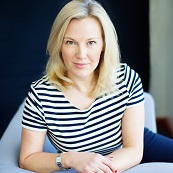 The Mentor of the Year award was presented to Lianne Walker MBE. Awarded an MBE for her Services to Manufacturing and International Trade in 2008, she is the former Group Managing Director of Washington-based Walker Filtration. In late 2018 she launched Naharlia, to develop her portfolio of interests, using her expertise in manufacturing and international business development.

Entrepreneur of the Year 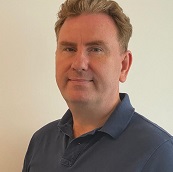 Glen built the Write Research Group into the number one talent intelligence business in the UK, doubling profits every other year for over a decade. The business was acquired by Capita Group in 2013.

With Tim Gleave and David Steel, Glen went on to create Talent Insight Group which partners with organisations wishing to make better strategic talent and business decisions. The mission is “to give something back” and a percentage of annual profits goes to charities. Glen is driven by the belief that access to great teaching, delivered by passionate teachers can be life changing. 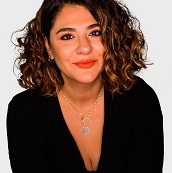 Nagma started her career in the fashion industry, but quickly realised the ethos of the sector was not for her. A strong entrepreneurial streak saw her follow her dreams and, even with no hospitality experience, she set up a restaurant from scratch in Islington, London called Angel of the North. She ran it successfully for seven years until she decided to start a family and moved back to her much-loved native North-East where she joined the family company Prima Cheese. The company had not previously exported its products outside of the UK, and this is where Nagma saw huge potential and started their export journey in 2010. Using a strong commercial and marketing focus, Nagma continues to help drive the company in its direction and strategy for both domestic and international markets, currently supplying 52 countries worldwide, leading to her being honoured with an MBE in 2019 for services to International Trade. 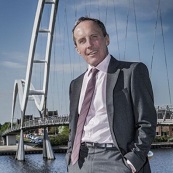 Over 40 years ago, driven by a passion for Peugeot cars and business, Simon Bailes established his first motor dealership in 1979 in Northallerton. Following the success of this dealership, he then expanded his dealer network from North Yorkshire to Teesside and opened dealerships in Stockton and Guisborough.

His vision and knowledge of the industry lead to a position on the European Dealer Council for Peugeot. Employing over 90 staff, Simon introduced some key core values into the business which are – I Value, People, Customers, Standards, Honesty and Profit.

Following his business success, Simon believes in giving something back to the community and offers support to a number of charitable organisations. Simon is investing in the future of electric vehicles and alternative fuels and the diversification this will bring to the motor industry. 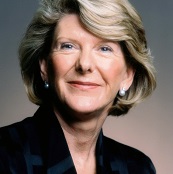 We recognised Dame Margaret Barbour’s huge contribution to the North East by presenting her with our 2020 Lifetime Achievement Award. Under her leadership, South Shields-based Barbour has been transformed, growing from 100 to more than 1,000 staff, while The Barbour Foundation has awarded more than £20m to charities and good causes across the North East.